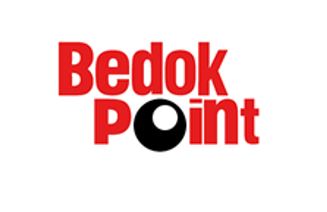 Guide To Know About The Bedok Point

Bedok Point in December 2010, Bedok Point became operational. There are 75 stores and services located in the six-story structure has five retail floors, including a basement level and a total retail floor space of 12,411.5m. The first mall in Bedok with air conditioning is Bedok Point. It has access to the Bedok bus interchange and Bedok MRT Station because of its location in the town centre of Bedok, which happens to be one of Singapore’s most densely inhabited residential areas. Bedok Point, the first air-conditioned mall in Bedok, was finished in late 2010 on the site of the old Bedok and Changi theatres. It had 76 speciality businesses, most eateries and cafés but some anchors like Harvey Norman. The mall’s developer, Frasers Centrepoint Ltd., sold the building to the trust in 2011. It was stated on July 1, 2021, that the mall would be demolished on July 1, 2022, and rebuilt as a residential complex with retail space on the ground floor. Sheng Siong Supermarket’s other nearby services, including banks, retail stores, and other shopping malls, are conveniently located near Bedok Point. Numerous schools, including Tampines Secondary School, Bedok Green Primary School, and St. Hilda’s Primary School (Temporary Holding Site), are also reasonably close. From Bedok South Avenue 1, New Upper Changi Road, and Bedok North Road, you may reach Bedok Point. Because it has a decent selection of restaurants, bars, entertainment venues, shops, and service providers, it is noteworthy that Bedok Point is a popular destination for families and students in the area. Redevelopment  Into Residential and Commercial Space

The mall’s owner, Frasers Property, announced in May that it would be transformed into a mixed-use complex while still standing in the ruins of its glory. The Urban Redevelopment Authority has already approved the plans to convert it into a residential development with retail space on the ground floor (URA).

They want to build a more connected and accessible environment that is secure, adaptive, and sustainable. They cannot share any new ideas because negotiations with the relevant authorities are still going on. There was also no indication of the timing of the renovation or a precise justification for it. Using some of the elements that the island is best known for, Hoshino Coffee offers a variety of Hokkaido cuisine. The Hokkaido Soup Curry Chicken, which stood out with its familiar and soothing flavours, was one of our favourite dishes. Choice can’t go wrong, but don’t forget to serve it with some fluffy white rice! This menu is a seasonal note.

Some people may be familiar with Hoshino Coffee’s tempting array of spaghetti. The newest pasta dish shown here: is Hokkaido Seafood Aglio Olio. As you tuck into the salmon, Hokkaido scallops, prawns, squid, and clams, you can “taste” the Sea of Okhotsk. The level of spiciness in this recipe is relatively mild and might be excellent. CHIJ St. Theresa's Convent is a Catholic mission school started in 1933 in response to an urgent need to provide an education Zhonghua Secondary School is an autonomous co-ed government-run school in Serangoon and was initially established as a Chinese-medium girls' school. Zhenghua Secondary School is a co-ed state school in Bukit Panjang established in 1999 that offers a program leading to the O-level examination. Yuying Secondary School was initially a Chinese medium institution founded in 1910 by the Hainanese community. It is now a co-ed school in Hougang. Yusof Ishak Secondary School is a co-ed state school in Sumang Walk, Punggol. It was established in 1965 and named after Singapore's first president.