Bukit Timah Nature Reserve, located just 12 kilometers from the city center, offers a glimpse of nature in its purest form. Because of Singapore’s equatorial location, the reserve features one of the richest and most diverse natural systems in the world. A remarkable variety of plant, animal, and insect life, typical of a humid tropical climate, will be visible to visitors.

This 163-hectare reserve includes Singapore’s highest summit, Bukit Timah Hill, which stands at 163 meters and is home to one of the country’s few remaining remnants of primary rainforest. For more than a century, the forest atop the hill has been a botanical collection ground, and many of the first known specimens of Malayan plants have been acquired here.

Bukit Timah Nature Reserve, which is home to a large percentage of our country’s (native) flora and wildlife, has long been a popular destination for nature lovers. The Seraya (Shorea curtisii), Red Dhup (Parishia insignis), Greater Racket-tailed Drongo (Dicrurus paradiseus), and Malayan Colugo are some of the flora and wildlife species found here (Galeopterus variegatus).

Bukit Timah Forest Reserve, established in 1883 on the recommendation of Nathaniel Cantley, the then Superintendent of the Singapore Botanic Gardens, was one of the earliest forest reserves to be established in Singapore. The administration of the Straits Settlements commissioned Cantley to submit a study on the settlements’ forests in 1882. In his report, he proposed the establishment of many forest reserves on the island, which were done during the next few years.

In 1990, Bukit Timah and the Central Catchment regions were designated as Nature Reserves. Under the Parks and Trees Act, nature reserves are now gazetted for the propagation, conservation, and preservation of Singapore’s indigenous flora and wildlife.

The Eco-Link@BKE is an ecological bridge that connects Bukit Timah Nature Reserve and Central Catchment Nature Reserve and spans the Bukit Timah Expressway. Its main goal is to repair the biological connection between two nature reserves, allowing species to increase their habitat, genetic pool, and survival prospects. It is the first of its sort in Southeast Asia.

You may simply park hop while participating in a variety of fun and recreational activities thanks to a vast interconnected network of park connectors.

Feel the cool wind as you travel along the roads, scenic rivers, and canals that connect Singapore’s major parks. Put on your bike, rollerblades, or simply jog along the park connectors to enjoy the variety of sensory joys and adventures available.

We’ve put together a number of island-wide routes in Singapore that include several park connectors, trails, and footpaths that allow you to explore outdoor locations and walk or cycle greater distances in natural settings. The Park Connector Network is supplemented by these routes (PCN).

The Coast-to-Coast Trail connects the east and west coasts of the United States.

From Jurong Lake Gardens in the west to Lornie Nature Corridor in the middle and Coney Island Park in the northeast, the 36-kilometer C2C Trail (Central) runs. It transports travelers to a variety of parks, ecological areas, and historical sites. The C2C smartphone application, which uses interactive augmented reality (AR) components to provide users with a curated walking experience as well as a DIY trail guide, complements the Trail.

Route around the island

The Round Island Route (RIR) is a 150-kilometer park link that circles Singapore. It will function in conjunction with the existing Park Connector Network to connect existing natural, cultural, historical, and recreational areas as well as communities. Recreational activities such as cycling, skating, jogging, and hiking will be available. All residents will benefit from these connections and activities, which will enrich our ‘City in Nature’ experience.

At the turn of the twentieth century, the Rail Corridor was a railway line that connected Singapore to the rest of the Malay Peninsula for commuting and freight travel. With the return of railway land to Singapore in 2011, the Rail Corridor provides a chance for communities to create new memories together as a continuous open space across the heart of the city.

Using Our Trails and Routes in a Safe Manner

To have a good time in our parks and the Park Connector Network (PCN), we must all be courteous of one another.

Please note the sorts of devices permitted on specific paths, as well as the safety rules and onsite signage, to ensure that our parks and park connectors provide a safe and pleasurable experience for everyone. 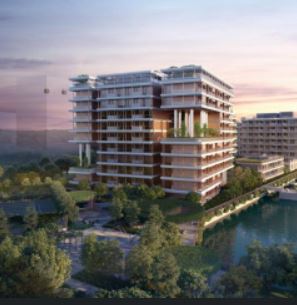