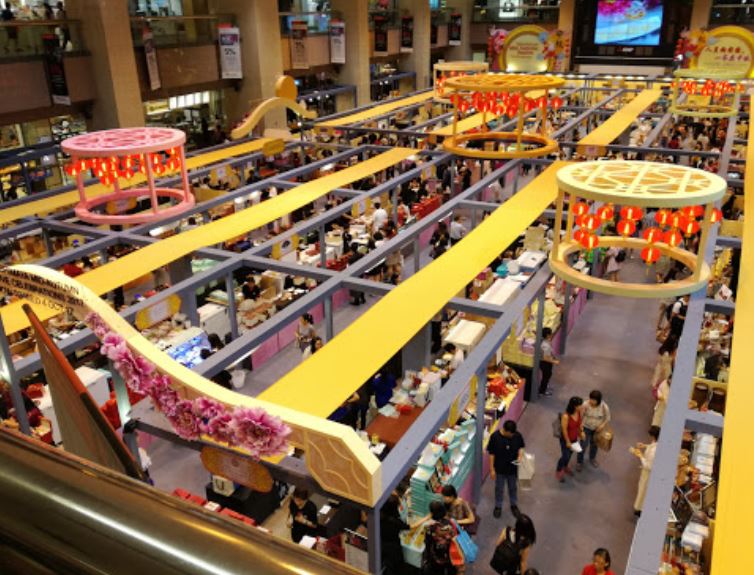 Know The Amenities Of Ngee Ann City Before Traveling

Ngee Ann City, a vital component of Orchard Road, provides something for everyone. This enormous mall on Orchard Road retail area contains seven stories and over 100 speciality stores such as Cartier, Zara, Calvin Klein, Hugo Boss, Dior, and Armani. Ngee Ann City is also home to beauty salons, bookshops, amusement centers, and designer goods. If you need to find something to your liking among the over 30 eating options featuring Western, Chinese, Thai, Indonesian, and Korean cuisines.

Ngee Ann Kongsi owned and maintained the property on which the town of Ngee Ann now stands in the 1950s. It was part of the Tai Shan Ting estate, around Orchard Road, Paterson Road, and Grange Road. Eventually, the development of the property into a ten-story Ngee Ann building, which gets later destroyed to make room for the town of Ngee Ann. Actually,  in 1967 redevelopment of the sites was explored. Ngee Ann City was planned in the late 1980s by Ngee Ann Development and Orchard Square Development Corporation. Raymond Woo, the complex’s architect, was inspired by the Great Wall of China.

The goal was to capture Ngee Ann Kongsi’s dignity, stability, and power. Wong worked on the project for five years, developing and monitoring it. Ngee Ann Kongsi’s land was in high demand in Singapore. Even after boosting his bid from S$140 million to S$175 million, Ng Teng Fong of the Far East Organization failed to purchase the land. The Hilton International Hotel’s owners were also interested in the property. Tang’s Studio occupied three floors of the building in Tower B when Ngee Ann City first opened in 1993. The Level 2 department store failed a few years later and was eventually closed in 1999 owing to poor sales. This section became part of the specialized store’s sector (mostly branded boutiques) in the mall on level 2, Books Kinokuniya on level 3, and a department store with primarily children’s boutiques and businesses on level 2. Level 5 of the mall became a component of the higher parking garage. The fifth story was now as storage space from 1997. Civic Plaza is a venue for road shows, concerts, festivals, and plays. There is a fountain in front of the Civic Plaza, facing Orchard Road. Underpasses link the skyscraper to ION, Wheelock Place, Isetan, and Lucky Plaza. The designer created the two towers of Ngee Ann City to reflect the Chinese door gods of power, charity, and togetherness. Books Kinokuniya, Metro Department Store, Takashimaya Singapore, Ngee Ann Development, several private office tenants, and a medical floor on Level 8 of Tower B are in the office tower tenants. Orchard Central is along Orchard Road’s main shopping belt known for its super escalator. It opened in 2009 and has several anchor tenants.

Orchard Gateway is a shopping mall that shares its top portion of the building with a hotel and is connected by a tubular glass bridge and an underpass.

Orchard Plaza is a shopping center with many amenities, including Cold Storage and Supermarket. It also has several retail shops and karaoke bars.