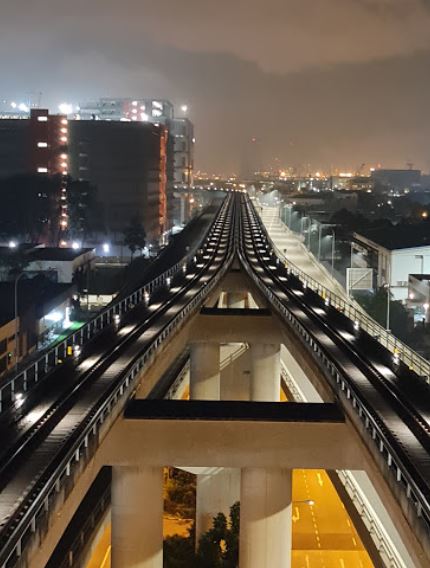 What You Need To Learn About Tuas Crescent MRT ?

The station built as part of the EWL’s Tuas West Extension opened on June 18, 2017. Tuas Crescent MRT gets its name from the same-named road that runs through the Tuas West industrial region. Tuas Avenue 2 / 4 / 5 / 11, Tuas Crescent, and Tuas Basin are only a few industries served by the station.

It was first announced on January 11, 2011, by then-Transport Minister Raymond Lim during a speech in Bedok to commemorate the opening of new platform screen doors. It was set to open in 2016 and would benefit an estimated 100,000 commuters every day. This station and the lines connecting it, according to Lianhe Zaobao, are situated in the middle of a vehicular viaduct, a first for Singapore train services. It boasts the longest stairwell in all stations, with 105 steps the escalator in Singapore’s rail network, measuring 17.5 metres. The station’s opening was pushed back from 2016 to the second quarter of 2017 to accommodate a new signalling system. It began operations on June 18, 2017.

Natural lighting enters the station platforms through skylights on the roof that extend the length of the station. Expected train arrival times and messages displayed on Passenger Information Systems are plasma display panels positioned at each platform. Tactile flooring aids the sight impaired in getting from the platform to the station exits. The Platform level connects to the Ticket Concourse level below escalators, lifts, and stairs.

A ticket concourse can found on Level 2 of the station. It has faregates for automatic fee collection and provides access between the station’s paid and unpaid sectors, including at least one bidirectional wide-swinging gate for passengers in wheelchairs carrying heavy objects or those travelling with prams.

Tuas West Road MRT is in Pioneer Road that opened in 2017 and has an official code of EW33 serving communities on Tuas Avenue.

Tuas Link MRT is in along Tuas West Drive and near the Tuas Checkpoint for commuters going to Malaysia. It starts to operate in 2017.

Expo MRT station is in Changi South Avenue that opened in 2001. It brings all connectivity to Singapore Expo as well as Changi Business Park.